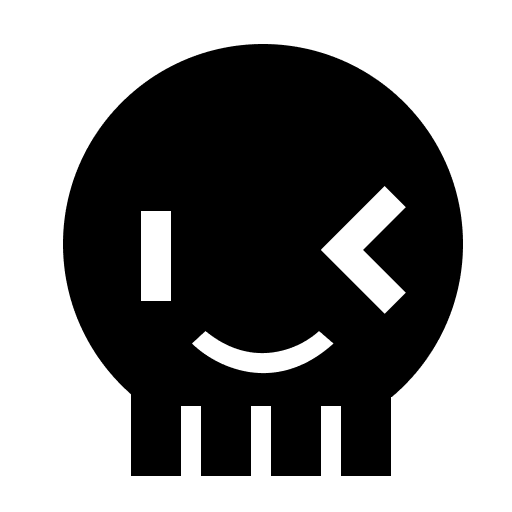 Non-fungible tokens (NFTs) have emerged as one of the breakthroughs of public blockchain technology.

Non-fungible tokens (NFTs) have emerged as one of the breakthroughs of public blockchain technology. While initially growing primarily on OpenSea, NFTs have now made headlines across numerous competing marketplaces and platforms. Many creators, artists, and even corporate giants are keen to take advantage of this movement.

We’ll make this your one stop guide to find answers to the most common questions around NFTs, all the NFT basics.

Let’s get into it!

What is an NFT?

NFTs are unique digital assets that can be traded, bought, and sold on public blockchains. Each NFT has its own metadata code, which denotes the uniqueness of the NFT token in any possible way. The most popular metadata types today are referencing the pixels of digital artwork. However, numerous other metadata types have grown in popularity recently, such as intellectual property agreements (launched by VitaDAO) and real estate ownership agreements (launched by Propy). In short, NFTs can represent anything natively digital or anything physical via a digital contract, such as land, equipment, or a product.

The entire NFT is stored on a public blockchain, whose complete transparency allows users to verify an NFT’s authenticity and provenance. Reducing the cost of authenticity by 1000x over the traditional forgery market is one of the main driving points of the adoption of NFTs. There can be multiple copies of an artwork, but only one original work. This is why the original painting is valuable and irreplaceable. Proving authenticity for almost zero cost is a hallmark innovation of public blockchain technology.

NFTs are going to underpin the entire web, but crypto debate which NFTs will truly accrue long-term value.

Factors that render an NFT valuable include utility driven by underlyingvalue (i.e. provides membership to an exclusive club or provides licensing rights to intellectual property), ownership history (i.e. it was previously owned by Logan Paul, and so is more likely to become culturally relevant), and future speculation on further adoption of the NFT(i.e. the perception of more consumers seeking the NFT as desirable).

What is NFT minting?

Minting is the term used to describe the process for turning digital files into NFTs, formally placing the asset on public blockchain technology (thus enabling it to be bought and traded on the open market). The NFT minting process is similar to the way metal coins are minted and put into circulation, but replacing metal with digital bits.

What are minting gas fees?

The gas fee is a fee that the user must pay for minting any smart contract onto a public blockchain. Gas fees are similar to processing fees that credit cards may incur to transfer money to various accounts or pay bills. However, whereas credit cards hold monopolies over their networks, a public blockchains’ gas fee is determined by the free market for blockspace. Thus, valuable NFT mintings and trades are usually significantly less expensive than credit card transactions.

What is NFT metadata?

NFT metadata is code encoded into the NFT itself, often containing the NFT’s name and a reference to the hosted file that the NFT represents, typically via a link to an off-chain server (i.e. on AWS) or on-chain file system (i.e. IPFS). The metadata highlights the content of the NFT (i.e. digital art, intellectual property, or land titlement)–it is what makes the NFT valuable. If an NFT were a cell, NFT metadata would be the cell nucleus.

What is a wallet?

If you’re thinking about getting involved in crypto, the first step should be to create your own Web3 wallet. Web3 wallets allow users to directly interact with public blockchain technology. As such, they have the ability to store all blockchain-native assets, from cryptocurrencies to fungible tokens to NFTs! Wallets allow you to access an extensive ecosystem of decentralized apps, apps that could only be created on a public blockchain. Examples of NFT-compatible wallets include Metamask, Coinbase Wallet, AlphaWallet and Enjin.

How can I buy NFTs?

What is an NFT’s floor price?

Floor price is a term that originates from commodity trading and refers to the lowest price, rather than the average price, at which an NFT can be bought. Floor prices can be algorithmically programmed into NFTs and are publicly variable via the blockchain. The money backing the floor price usually comes from previous purchases of the NFT, by taking a fraction of the purchase and having the NFT take ownership of that asset (usually Eth).

Paper hands is a derogatory term for someone who quickly sells an NFT, namely someone that sells in a panic when market prices drop. To paper hand an NFT means to sell it for a small profit or a loss.

What are diamond hands? 💎🙌🏼

Buyers with diamond hands are those who are committed to holding their NFTs through good and bad markets. Diamond hands plan to either hold onto their NFTs forever, or to sell them for a very high value in the future, although there may never be a market buyer at the prices a diamond hand envisions.

We hope this answers your questions. Additional terminology and ideas will be provided later, such as how to evaluate NFT projects, how to try to time NFT price action, and numerous other NFT trends.

The APIS is an indexing protocol for reading and writing to open networks. Making APIs open and accessible to power a decentralized world.

Experience in working directly with a wide spectrum of clients in the crypto field.‍

Stay in the loop

Join our mailing list to stay in the loop with our newest feature releases, monthly update and more announcements.

Thanks for joining our newsletter.
Oops! Something went wrong.

Monthly Review of The APIS in August

The month of August was centered around innovation.

Monthly Review of The APIS in July

Monthly Review of The APIS in June

How time flies! Let’s dive into The APIS team progress in June.